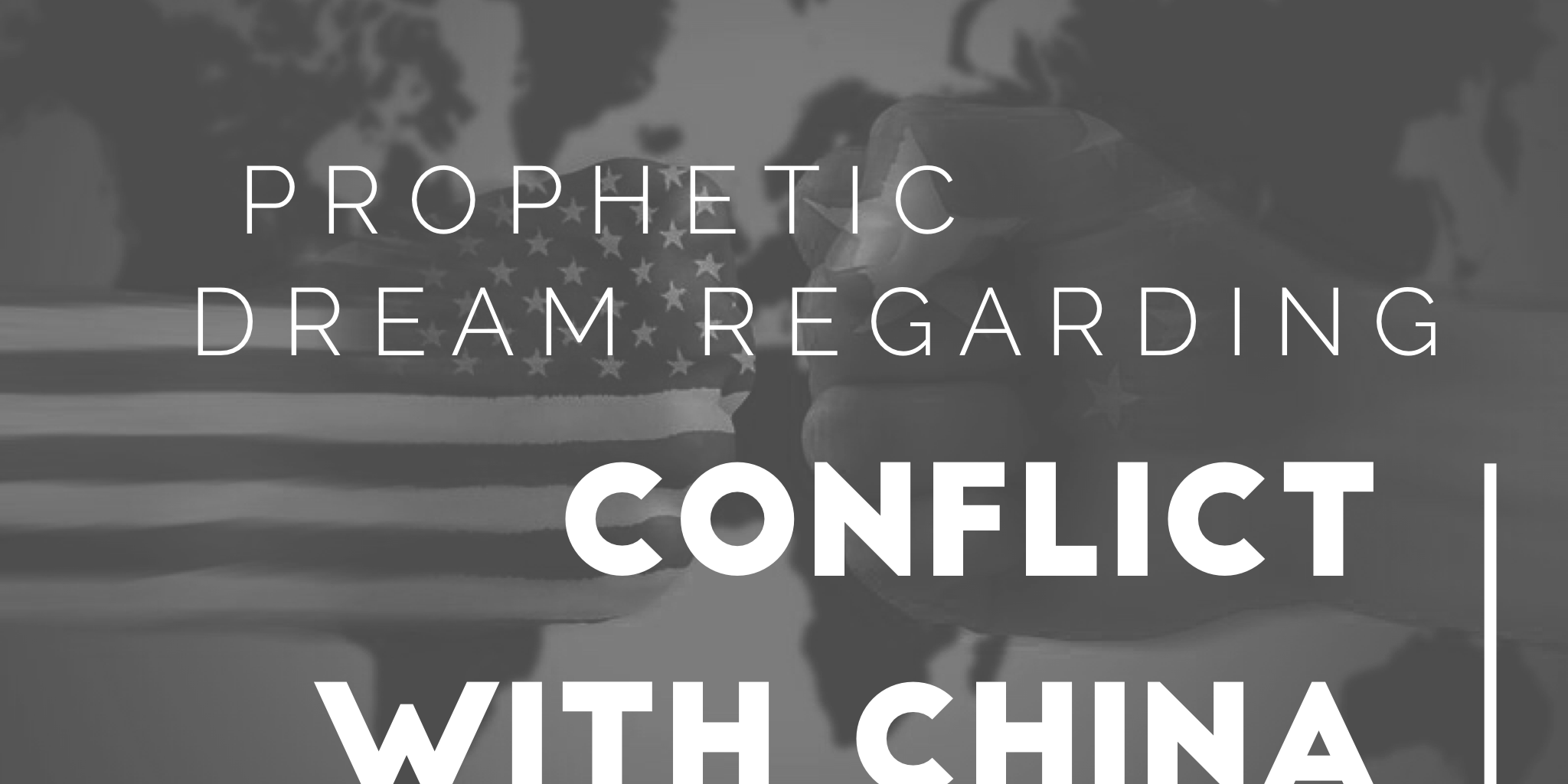 First let me say this: I have been going back and forth on sharing this dream. In the last week or so I have had impressed upon me that we need to pray.

In the dream I was behind enemy lines in a hangar hidden behind some cargo boxes. As I peeked over the boxes I could see various military dressed individuals running around in a frenzy, with them was anticipation and hostility. Through all the voices I was able to discern that all the commotion was about the USA and I knew I was in China.

The scene changed and I was no longer hidden in a hangar but now my surroundings were what appeared to be within some type of military camp. Never once did I feel endangered or exposed but I did have a sidearm (hand gun) available to me if needed. In this portion of the dream the commotion was all surrounding what looked like to be a fighter jet. What I could not tell was if the plane was Chinese or did it belong to another country but it was connected to the USA and that it was stolen. I did know it was used for gathering intelligence and that it was advanced in its technology, it was able to make a vertical landing.

When I initially woke from this dream I had a difficult time believing it mainly because this is not my typical style of revelation or prophetic experience. After sharing it with a trusted friend and prophetic voice I was encouraged that I need to share this. We need to pray!

It is my take away from this dream that the enemy may attempt to cause confusion which would lead to an international conflict with China. This will be more than standard combat but this will be involving technology on a greater level.

It is our job to pray and intercede. To remember that we do not war according to flesh and blood but our battle is within the heavenlies.