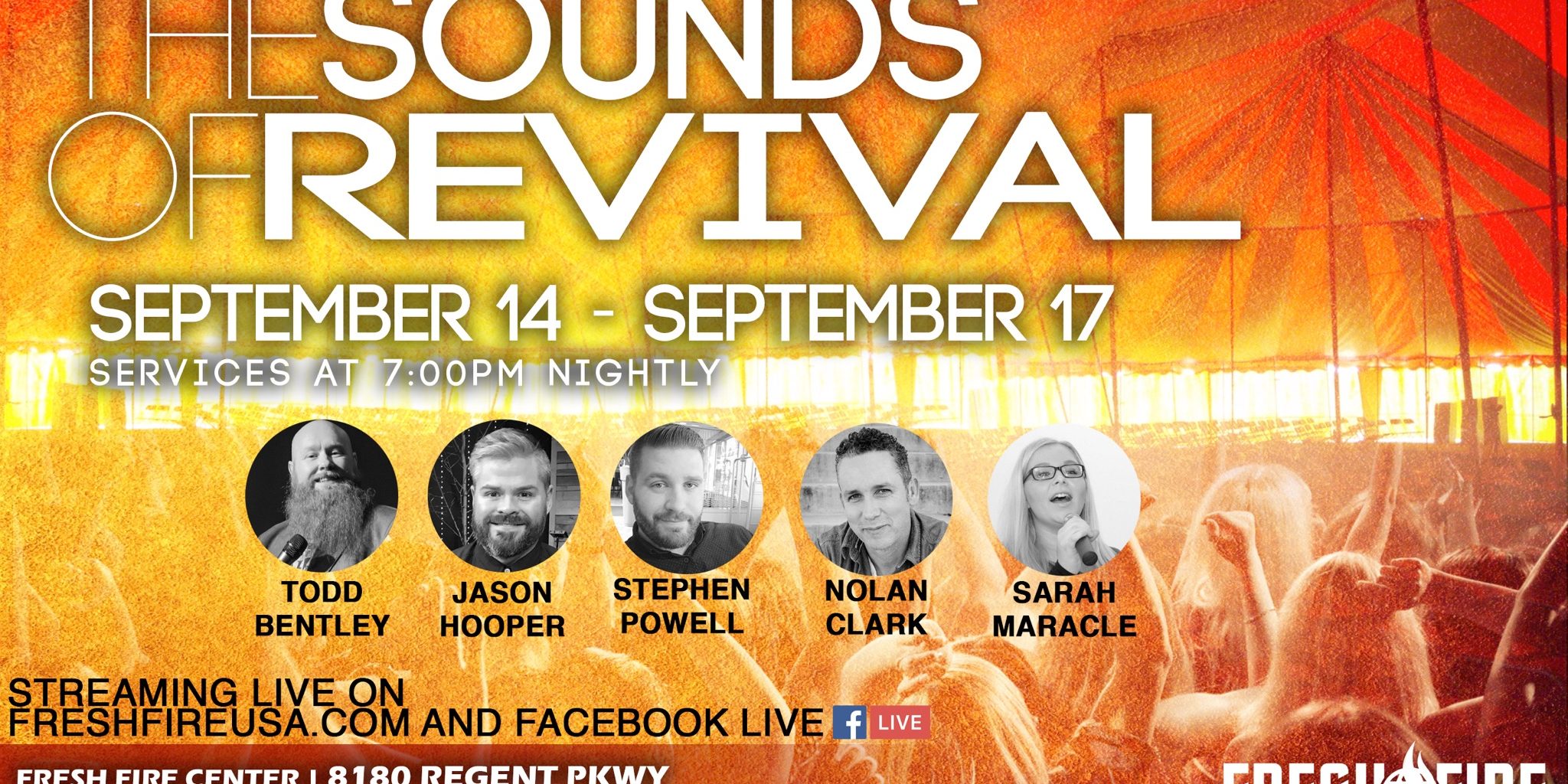 Several days ago I had multiple visions regarding the upcoming Sounds of Revival conference.

As the sounds of the Saints are released in praise it will cause a reverberation to be carried with each person like a garment or mantle of revival. When sound has the ability to reverberate it is without ceasing or stopping which allows the carrier of the sound to change atmospheres wherever they go. That those who are a part of this event will become tuning forks of revival allocating the key of heaven to release and synchronize revival into the earth.

In a second experience the Lord showed me how there are multiple sounds to be released in the earth prior to their being a full-fledged revival. It was similar to how when you are on an airplane and getting ready to take off, the flight attendants know the difference between the various sounds and the frequency of the sounds before and during flight. God is going to release a discernment to his people to know when to prepare for flight, revival.