The Healer’s Heart for California 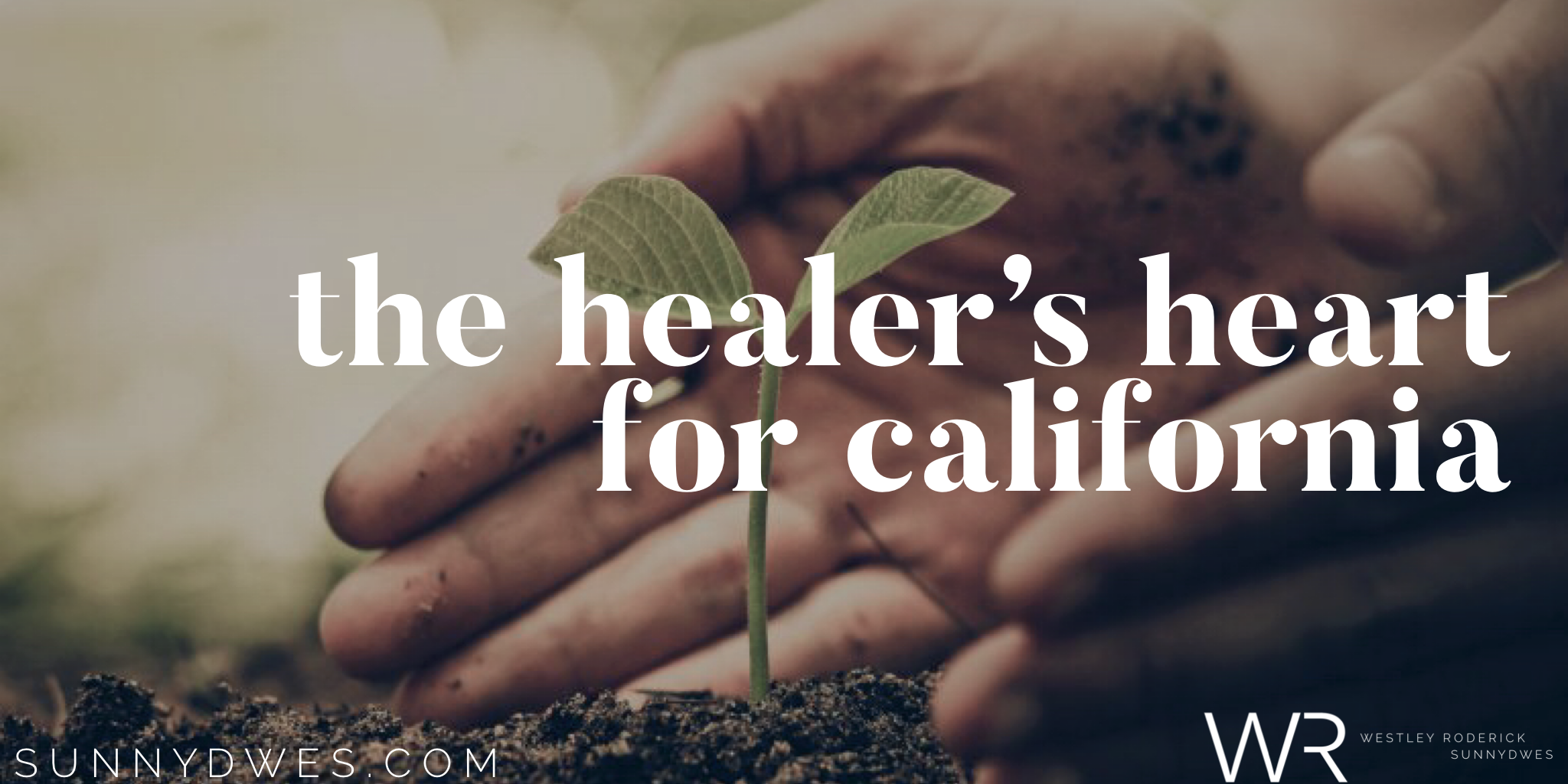 The Healer’s Heart for California

I have been in California for nearly a month now and have been as north as Redding and as south as San Diego, everywhere I have been the Lord has told me to deposit HOPE.

As I was driving to Redding, CA on November 20 through the smoke filled skies from surrounding fires and their aftermath my heart began to hurt and I saw the Lord upon His thrown weeping. His heart ached for California it was broken for its people and for its land. His eyes welling with tears revealed the immense compassion He was feeling for those here.

I saw Him reach from His throne and put His hands into the remains of the burnt earth. From it sprung new life, fresh vegetation that was very green and very lush. Then He pulled out a jar and poured it over the land.

You have kept count of my tossings; put my tears in your bottle… – Psalm 56:8

This is what I heard the Lord say..
“The fires that intended to destroy California I will use their remains to create a richer soil and greater harvest. They had evil intent but I will make miracles from their ashes and your crops will be stronger and bigger than before. I will heal your land and your tears will be as rain.”

The next day the first rain came to California and began joining the efforts of the weary fire fighters in extinguishing the fires.

When I was walking to my car the Lord said my grace looks like rain for California.

Grace is the substance that empowers us to overcome adversity.

California may you begin to heal and carry out you majestic calling!