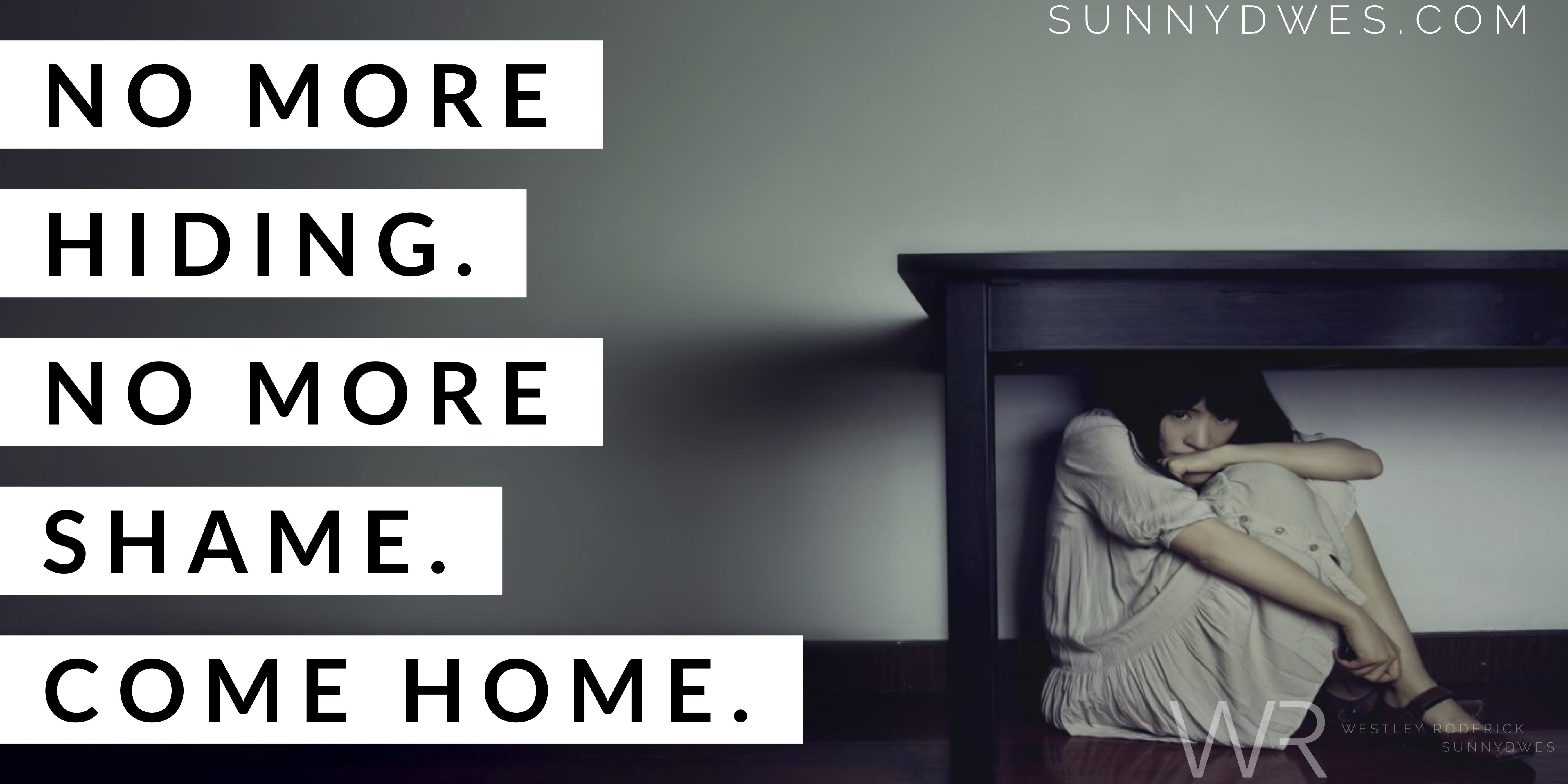 No More Hiding. No More Shame.

When Adam and Eve came to the Father two things took place:

1.) He challenged the new identity of fear, shame, and nakedness that they took on. You can read in Genesis, as God responds to them, “who told you these things?”, as if it was contrary to what He said.

2.) The foreshadowing of the coming Christ is displayed. God the Father takes skin from an animal causing the first bloodshed to cover Adam and Eve, thus alleviating the guilt and shame caused by their nakedness and sin.

The Father is calling you out of hiding. No more shame. No more guilt. Just as shown in Genesis, and later said in Psalms 103, “He forgives our transgressions and cleanses our iniquities”. In other words, He deals with the fleshly outcome, and then He makes whole the spiritual brokenness that led to that mess, in the first place.

God has not, and will not, give up on you!

Do not think for one minute that whatever your issue/mess may be it is not redeemable! Unless your life’s mishap is somehow greater than causing the fall of all mankind, which God redeemed through His son, your life is redeemable!

God’s invitation has always been “Come Home.” It always will be, too. There is no need to settle for a subpar life, when God gave Jesus, so that we can have a life of abundance and fullness. Come home!

Get back to where you are supposed to be. Even Jonah, in the belly of the whale, knew that if he would just submit, God, would deliver him from what he was describing as going through hell. When Jonah told the Father, that he would do what is he said he would do, is when Jonah was delivered.

It was when Jonah ran from God, and tried to hide, that he got stuck and swallowed up; festering in his own condemnation. As soon as he revealed himself to the Father, he was delivered. Just like Adam and Eve ran and hid because of their shame and fear, but when they came to the Father, they were restored and covered.

God did not give up on them; nor is He giving up on you.