He Knows You & Has Not Forgotten You 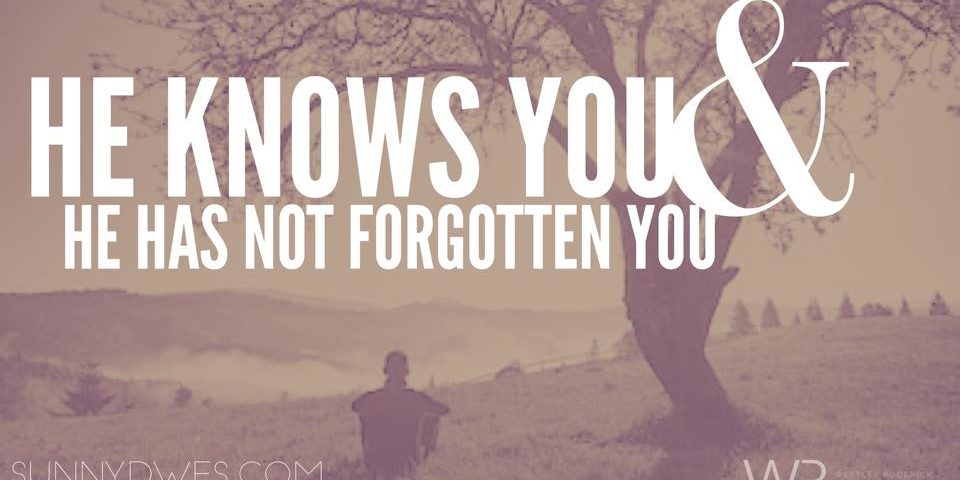 The Lord will redeem & recover your calling even if you left it. The Lord is in the redeeming business. If you have breath and a heartbeat you have a calling.

You have not been forgotten or overlooked after all your name is written on the palm of His hands.

Look here. I have made you a part of Me, written you on the palms of My hands. Your city walls are always on My mind, always My concern. – Isaiah 49:16

A number of weeks ago I had a vision where the Lord was walking down this high school looking shadowy hallway, it was dimly lit from aged lights that casted a yellowish hue. As the Lord walked down the hallway He looked into dark caverns and began to draw people from the darkness. During this moment I was allowed to overhear His words to each one He drew out.

“You have not been forgotten or overlooked after all your name is written on the palm of My hands.”

Each one asked the same question to the Lord, “How do you know me?”

Nathanael said to Him, “How do You know me?” Jesus answered and said to him, “Before Philip called you, when you were under the fig tree, I saw you.” – John 1:48

The Lord had foreknowledge of who Nathanael was and where Nathanael would be and the same goes for you.

He knows you because He formed you. He knows where to find you because you are always before Him on His mind and your name is written (tattooed) on the palms of His hands.